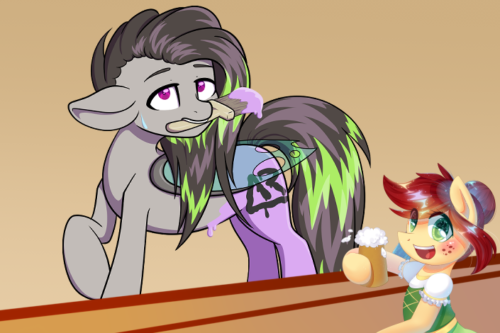 Faulty joined the producer train around late 2016 with his style ranging mostly around progressive house, chill house and such. He’s all about that upbeat dance energy you get from early 2010’s house music which was so prevalent earlier in the fandom.

As a big part of Ponies at Dawn, probably the most well known music label in our community, he might bring a high variety of songs and maybe a collab here and there to get you dancing like there is no tomorrow!

You can find him “Singing” about his daily doing and events on Twitter or listen to his Music on Youtube, soundcloud and bandcamp while waiting for GalaCon!