GalaCon is delivering a treat for the musically inclined with our newest community guest announcement – Give a warm welcome back to fan favorite and live performer Vocal Score! 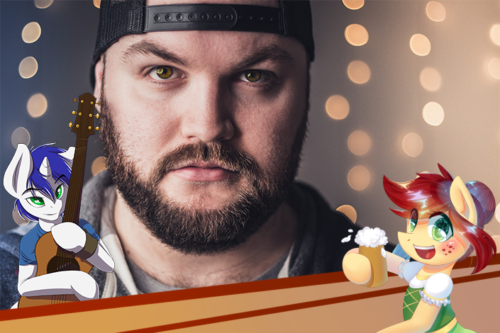 Vocal Score is a long-time member of Friendship is Magic’s sizeable music scene and is no stranger to conventions or GalaCon – His appearance at GalaCon 2020 will be the whopping no. 16 on his track record so far! Originally from the United Kingdom, he moved to the US in early 2018, but we’re bringing him and his trusty acoustic guitar back for our Gala Ball event!

Having been a pony fan through thick and thin, Vocal Score made his most recent splashes in the fandom paying tribute to the ending of G4 with his original song Thank You For The Fun and a cover of Where The Magic Happens.

Vocal Score brings his music and his voice whereever things take him, making a living performing in hotels and on cruise ships all over the world. And when that’s still not enough variety in his life, he slips into the role of his character Voki, getting up to fursuiting shenanigans such as this group cover of I Just Can’t Wait To Be King!

We’re delighted to bring Vocal Score back to our humble stage, but until then, you can enjoy his work on Youtube, Twitter and last but not least his Fursuiting account!