The year 2020 has officially hit and GalaCon is fast approaching! It’s time to bring some awesome people into this medieval shindig, and we couldn’t be happier that we get to start with a real party expert – The one and only Nowacking! 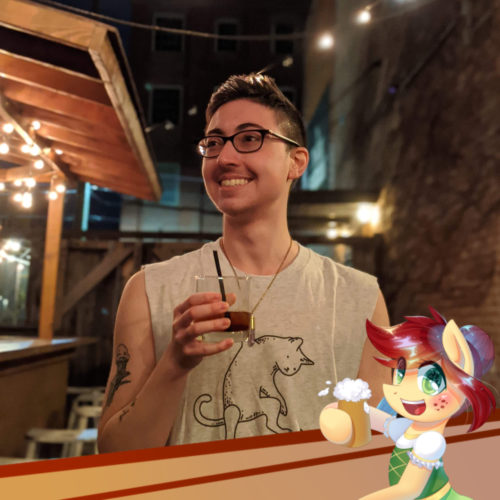 Jesse “Nowacking” Nowack is a trans actor, voice performer and writer who’s been making his mark for more than a decade! The Friendship is Magic fandom got to meet him through the bass dropping power of Vinyl Scratch AKA DJ-Pon3 in various fan songs and videos (including one GalaCon promo several years ago!), as well as Little Pip in the radio play adaptation of Fallout: Equestria.

When he wasn’t busy being a cute horse, Nowacking joined the fun folks at Team FourStar in projects like Hellsing Ultimate Abridged (as Seras), Diesel Dust (as Huxley) and Fist Master (as Red). He also does editing work for Team FourStar’s gaming channel as well as YouTubers like Saberspark and JacksFilms.

You can also find Jesse talking on Twitter, making life experience videos on YouTube, and stream gaming and chill times on Twitch. Be sure to drop by and enjoy his craft, before you can enjoy his awesome self in person at GalaCon 2020!