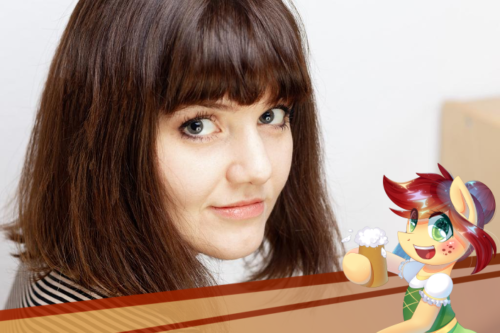 Jennifer Weiß is known for lending her voice to the German version of our beloved party pony Pinkie Pie!

Besides ponies, she can be heard in quite a few anime, such as Miliana from “Fairy Tail” or Rin Tohsaka from “Fate/Stay Night” or you might recognize her as the voice of Tikki in the animated series “Miraculous Ladybug”!

She does not only leave her marks in the film industry but also in numerous games:

For instance as Blue Moon in “Cyberpunk 2077”, Sylvia Woods in “Inazuma Eleven”, Purah in “The Legend of Zelda: Breath of the Wild” and in “Hyrule Warriors”.

In addition, as a voice actress, Jennifer Weiß has a natural interest in languages and Japanese in particular.